A few weeks ago, I was feeling ever so slightly disconnected from my usual positive vibes and my Law of Attraction game had totally slipped by the wayside. Look, it happens, and I am certain that it even happens to the very best of spiritual people (Eckhart Tolle, I’m looking at you).

At the end of the day, we can’t all be all zen and aligned at all times, or else we would never learn how to challenge other emotions. And it’s a feeling that you should probably get used to handling.

But if you’re serious about inviting the Law of Attraction into your life, it’s worth having a toolkit of easy visualisation practices.

As I’ve talked about in a previous blog post, it can be really hard to restart when you have fallen off the bandwagon but all is not lost and you should certainly not view at such. Personally, I have set of tools that I like to use to kick start my manifesting mindset but over the last few weeks, these have done nothing for me and so I’ve been forced to try something new. It’s proven to be pretty successful and yes, I have gone ahead and added it to my usual toolkit.

So, in today’s post we are going to be talking about the movie montage visualisation practice, what it is, plus how and why you should use it!

Ok, so I’m not one to blow my own trumpet but I have a funny feeling that I might be one of the very first to actually propose this manifestation method and to be honest, that’s kind of exciting. That’s not to say that other people don’t use something similar and perhaps they’ve even written about it in a different way but I can’t seem to find anything about the exact process that I am proposing you try.

So, with that in mind, I want to start by briefly outlining exactly what it is.

What
is the movie montage manifestation method?

I’m going to go out on a whim here and assume that by now, you’ve probably seen at least a handful of movies within your lifetime and this will be to varying different degrees.

You may be a movie buff who has chalked up hundreds of watched movies or, perhaps, you’ve only seen a handful. But in likelihood, you probably already know what a movie montage is.

It’s those combined movie scenes that have a tendency to show cutesy scenes or moments of determination and it tends to sit around halfway through a film, just as the story is coming to a plateau.

It usually has some sort if relevant music playing over the top of it, whether that be a romantic or powerful number and in this is the part that I want you to initially think about.

So, just to give you some initial inspiration, clarity or idea’s, these are some fan-made montages that I found on YouTube.

How do I use it for manifestation?

Ok, so now that we know exactly what a movie montage is, how do we use it to help us manifest our goals?

Honestly, it’s really, really simple, you just imagine random scenes from your dream life and visualise them in a montage, exactly in the same way that a film would do. Think of it like this – if your dream life was a movie, what scenes would feature in your montage?

And in doing so, really get yourself into the feeling of the scenes and use that to supercharge your goals.

Now, this is where music comes in because there is one key reason why these montages always have a mood appropriate track playing over it. It’s because they add to the emotional attachment of the scenes. And that is going to be your biggest asset in this suggested process.

Step one – Before you get started, it’s really important to have a rough idea of what you are hoping to manifest and how this process might help you. The movie montage isn’t about being super focussed or ask the universe for exactly what you want, it’s a way of thinking about your dream life.

Ultimately, it’s an easy tool for embodying the feelings that your dream life would bring to you and it’s about experiencing those feelings in the present. In doing so, you’ll get yourself on the same vibrational frequency as your goals and hence be more in alignment.

So, first things first, let’s start by thinking about your dream life and exactly how that would look or feel. Maybe start to think about the kind of things that you will be doing in your future life and how these can be visualised in your manifestation montage. How would that feel? Look? Taste? How would you be dressing, acting, walking?

Next, pick a song that truly embodies what you imagine the manifestation will eventually feel like. This step might actually take you a little bit of time because it’s important to get it right, so don’t rush the process.

If your manifestation is romantic, maybe you want to try something like Ed Sheeran’s Perfect, John Legend’s All of You or the Goo Go Dolls’ Iris. But, if it’s career, fitness or struggle related, perhaps try something like Eye of the Tiger or even The Script’s Superhero or Hall of fame.

Just make sure that you have a song that really works for you and it’s ok to play around with a few different ideas.

Step two – Personally, I like to start by getting myself into the best possible mindset and for me, that means having a clear and calm mind. So, to do this, I take a few minutes to meditate, using one of my favourite meditation apps. At the moment, I am loving Calm and have been for a while. Recently I have been really enjoying their focus series but sometimes I pick other meditations depending on my mood. I then get myself comfortable and use the meditation to really focus and calm my brain.

Step three – If you have just completed step two and meditated yourself into a calm state, DO NOT get up and start doing anything else because that will fully take you out of that positive mindset. So, instead, just reach for whatever device you are going to use for your music and hit play, keeping yourself in that calm, easy mindset.

Step four – Ok, so this is the fun bit because now you get to really enjoy the manifestation that you are undoubtedly going to attract to you. Get yourself into the right mindset, close your eyes and begin to imagine numerous different scenes from your desired life. These can be anything, from dates to business meetings to performing on a stage, just pick a few key moments that you think truly represent your manifestations and align them along with the song.

Personally, I would suggest letting your imagination run wild with this because, for me, it does all of the hard work for me. I start it off by showing it exactly what I am trying to concentrate on and then I let it direct me in whatever direction feels best. I have a really strong imagination, so I know that it can easily create believable and emotion-filled visions for my montage.

Keep this going for as long as you feel that you want to and it’s totally fine to use more than one song as part of your practice, just make sure that it’s the same emotions that you have linked to the goal that you are trying to manifest.

Step five – This is the fifth and final step in the process and to be honest, it’s probably the hardest one to do because now it’s time for you to entirely detach from your manifestation. I am not going to bother you too much with this aspect in this post, nor will I go into copious amounts of detail because I have written a lengthy post in this process.

But in a nutshell, there’s no reason for you to worry about that manifestation anymore because you’ve asked and as the Law states, it has to come to you.

Once you feel that you have detached sufficiently, write down the immediate actions that you can take to help you get towards your goal and then take some inspired action!

If you want to learn more about inspired action, what it is and how to find it, check out this post. 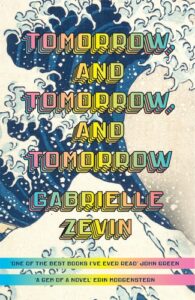 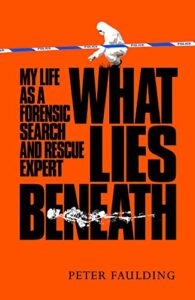